The latest great debate centers around whether or not President-Elect Donald Trump will be adding a furry, four-footed family member upon his arrival to the White House. For awhile it seemed that he might in the form of a Goldendoodle named Patton, but unfortunately the woman who owned Patton fell in love with him and refused to give him up.

Throughout America’s history, one common thread among almost all its Presidents has been the residence of a dog during the President’s term. Most Presidents had several dogs, but almost all had at least 1. And the Presidents that did not have dogs in residence? Well, their terms didn’t always go smoothly. So the real question becomes: Is it lucky to have a dog in the White House?

The principle author of the Declaration of Independence served two terms in office. Jefferson owned two bear cubs and a mockingbird named Dick. Although nothing openly untoward happened, he remarked upon his exit that he “felt like a prisoner, released from his chains.” Well, to be fair, the country was still very young. There had to have been a lot to do.

Madison owned a parrot, but no canines.

Madison left office hale and hearty – but during his term he had 2 Vice-Presidents die on him, George Clinton and Elbridge Gerry. Madison remains the only President with the dubious honor of having 2 Vice Presidents die in office.

Adams had silkworms and an alligator – but no dogs.

While he was regarded as a great diplomat, advocating for the rights of Native Americans and abhorrent of slavery, he and his father remain the only two Presidents during America’s first 48 years to serve only a single term. Adams was soundly defeated in 1928 by Andrew Jackson…who had problems of his own.

Jackson owned a parrot and many horses and ponies, but no dogs.

During the campaign for the Presidency, Jackson’s wife Rachael was accused of bigamy and died suddenly on December 22nd, 1828. But rumors didn’t stop there. Shortly after taking office, another round of rumors began to circulate about the wife of Secretary of War John H. Eaton’s wife having formerly been a prostitute. Known as the Petticoat Affair, these rumors caused other wives of White House staff to refuse to socialize with Mrs. Eaton. Eventually, all of this blew up and the entire cabinet save one lonely Postmaster General either resigned or was fired. While there was a great deal more that happened during Jackson’s presidency, he was also the first President to send us into a Depression (thanks a lot) and the first President to have someone attempt to assassinate him.

Probably should have just got a dog.

Martin Van Buren briefly owned 2 tiger cubs that had been gifted to him, but that Congress made him hand over to a zoo. Otherwise, he is not noted for having any pets.

Although Van Buren certainly inherited a mess started by predecessor Jackson, he was plagued with problems of his own – notably his wishy-washy stance on slavery. According to Alan J. Singer in New York and Slavery: Time to Teach the Truth, Van Buren considered slavery to be immoral, yet “attacking the slave system violated the constitutional principle of states’ rights.” Van Buren was blamed for the poor economy, and was known by the Whigs as “Martin van Ruin.”

He lost his reelection bid by an embarrassing margin to William Henry Harrison.

Harrison did not have many pets but he did have a goat and a cow named Sukey. Apparently this was not enough to stave off bad luck because Harrison has the distinction of serving the shortest Presidential term in history.

Harrison’s inauguration took place on March 4th, 1841. By April 5th, he had died of what is now known to have been enteric fever. He served 30 days in office.

James K. Polk reportedly loved horses, but had no single animal that could be defined as a pet. However, he bucks the odds here as he served his term with no scandals or assassination attempts – although he did preside over the Mexican-American war and the annexation of Texas, and was not favored by those who opposed slavery, being a slave owner himself.

Ironically, Polk is often referred to as “the first Dark Horse” candidate.

Before even taking office, Taylor was plagued with problems. On his trip to Washington, he experienced illness, delays, and poor weather conditions. During his short term in office, Taylor contended with the increasingly volatile issue of slavery, where the Southern states fought bitterly to retain slaves while the Northern states worked just as hard to eradicate it. No compromise was reached during Taylor’s time in office, although he was the last President to own slaves.

July 9th, 1950 President Zachary Taylor succumbed to a digestive illness thought to be brought on by eating raw fruit and drinking milk at a July 4th celebration.

Johnson became President due to the tragic assassination of President Abraham Lincoln. He was not known to have any pets.

This was a tumultuous time in America’s history, as slavery had become an explosive issue. Despite Lincoln’s efforts, things had not much improved for slaves in the South and Johnson reconstructed the former Confederate states. Needless to say, this did not go over well with Congress Republicans and so began the fighting and backbiting in the halls of Congress.

In March of 1867, Radical Republicans passed laws that placed restrictions on the office of the President. Johnson allegedly went on to violate one of these laws – The Office of Tenure Act – and he evaded impeachment by one vote.

Arthur was known to keep horses, but no pets in the White House.

Like Andrew Johnson, Chester A. Arthur took over the Presidency when his President, James Garfield, was assassinated. Arthur continued to grapple with the issue of slavery, still a problem in Southern states. Arthur also faced immigration woes with the unrestricted influx of the Chinese and a scandal revolving around overpaid contractors for the star postal routes. However, his biggest challenge proved to be his health. Shortly after he took office he was diagnosed with nephritis.

Roughly a year after leaving office, Arthur suffered a stroke and died at the age of 57.

During his terms in office, McKinley dealt with a crisis in Cuba, a war with Spain, the annexation of Hawaii, and approved both the Dingley Act and the Gold Standard Act. Like so many Presidents before him, McKinley also struggled with the treatment of blacks, particularly in the Southern states. However, when McKinley toured the South he did not mention anything about the climate of violence and racism, which greatly disappointed the black community.

Although McKinley did win his bid for a second term, he did not serve for long. On September 6th, 1901, he was shot by an assassin while meeting with the public. And while at first he seemed to be improving, nobody realized that his wound had turned gangrenous. McKinley died on September 14th, 1901.

There you have it – a list of our Presidents who did not keep a canine in the White House during their term of office. So, are dogs lucky? I happen to think so, but I’m a bit biased. And to be fair, President John F. Kennedy was known to keep many dogs, yet remains the youngest President to ever be assassinated.

Donald Trump certainly faces an uphill battle when it comes to winning over many Americans. Perhaps he had better get a dog…just in case. 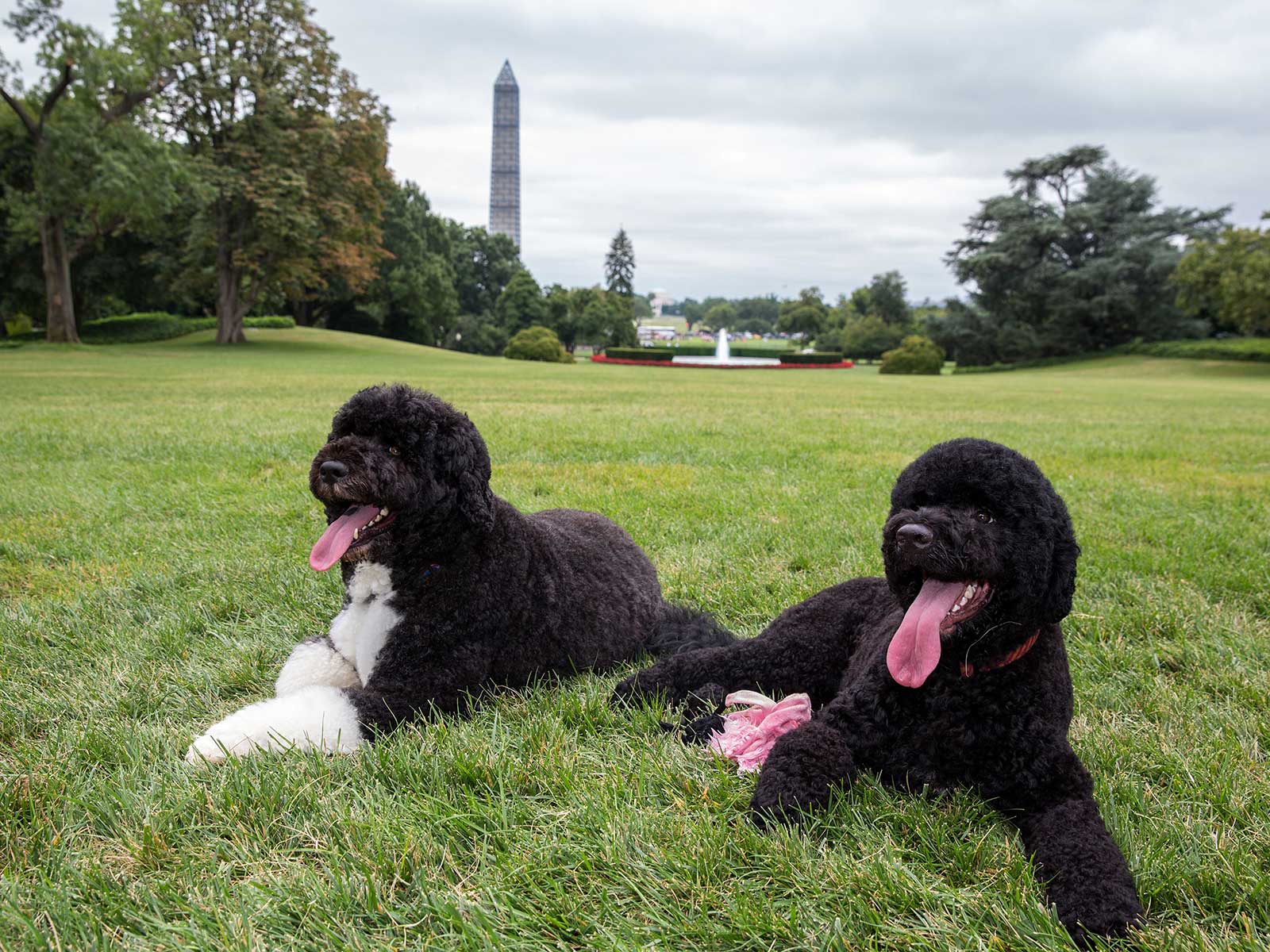 Many Americans aren’t happy about the Obamas leaving the White House – and Sunny Obama ...

South Korea has a new First Dog! President Moon Jae-In made good on a campaign promise ...