Our nation’s 23rd president, Benjamin Harrison, had at least one soft spot — his grandchildren.

In fact, some of these kids moved into the White House along with their parents, Russell Benjamin Harrison and Mary Scott McKee.

President Harrison was known for closing up the Oval Office around noon most days and heading out to the White House Lawn to play with his grandchildren and their many pets.

One of those White House pets was Old Whiskers (or “His Whiskers,” according to some sources).

Like most goats, Old Whiskers was a bit of an ornery fellow. One day, the goat apparently had had enough of pulling a cart and being poked and prodded by children. Possibly falling under the misconception that the grass is always greener on the other side of the fence, Old Whiskers took off running through the White House gates trailing the cart with the Harrison grandchildren aboard.

The president, who was waiting for his own carriage at the front of the White House at the time, raced after the cart. Old Whiskers did eventually stop, but only after quite a few Washington, D.C., residents saw their commander-in-chief running down the street holding on to his top hat, waving his cane and yelling at a goat.

(Special thanks to Amy Miller for help with research.) 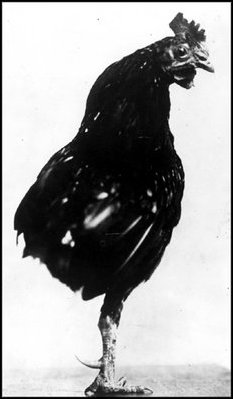 An 1894 article reports on "innumerable pets at the White House" during the presidential administration ...