In 2008, a frisky, three month-old german shepherd joined the Biden household and changed their lives forever. Biden granddaughters Finnegan and Maisy chose the name Champ in honor of one of their “Pop’s” favorite sayings, one he often heard from his own father: “Any time you get knocked down, champ, get back up!”

Why a german shepherd? Chalk it up to Biden’s deep love for the breed. “I’ve had german shepherds since I was a kid,” he explained. “And I’ve actually trained them and shown them in the past.” The Bidens purchased Champ from a breeder in Pennsylvania.

No Stranger to the Limelight

When it comes to life in the public eye, Champ is an old pro. As vice presidential pet, he lived eight years at Number One Observatory Circle, the official residence of the vice president, on the grounds of the U.S. Naval Observatory. According to the vice president, Champ always took his duties seriously. “He thinks he’s Secret Service,” Biden said, “because he is.”

To prepare for his role as vice presidential pet, the Bidens enrolled Champ (and later, his younger brother Major) at Delaware’s K-9 Camp Dog Obedience School. They knew Champ would need to be on his best behavior, even when confronted with unfamiliar visitors.

Don’t get the idea that Champ is all business, though. He has a “soft” side, too. As vice president, Biden often gave small plush toy versions of Champ to children, especially victims of floods and other natural disasters. Champ’s dad recognized that animals, especially dogs, have a unique way of offering comfort in times of crisis. We hope President Biden continues this wonderful tradition in his new role.

Tiny may have been the name, but "tiny" he wasn't. The big, clumsy sheepdog didn't ... 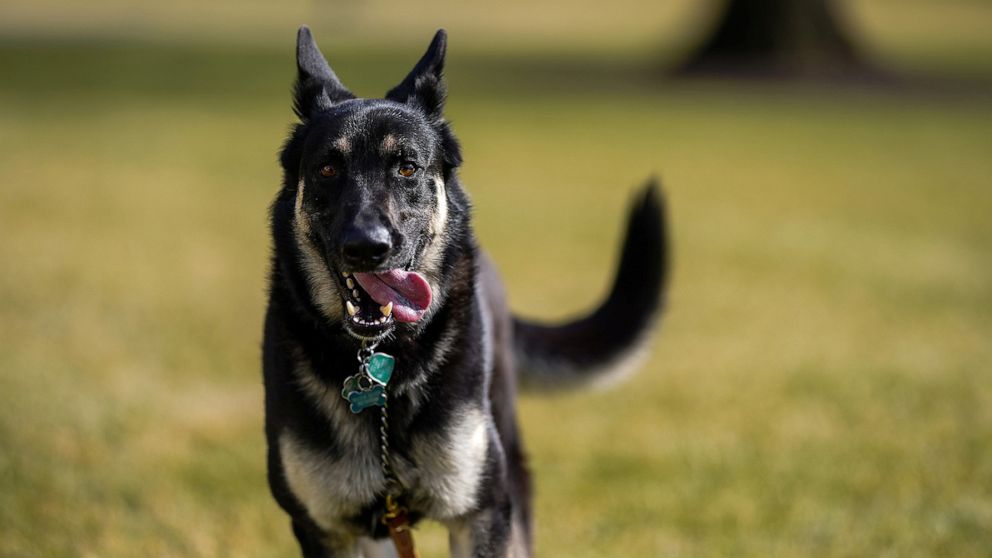