Sunny, Bo, and past presidential pets now have something to envy:

A new book reveals that royal dogs in China were leaders in fashion.

A dog named Big Luck, breed and gender unconfirmed, lived in China’s Forbidden City more than 100 years ago. The pampered royal canine had a silk tailor-made outfit that draped over the entire body, leaving only the tail and snout visible.

Created during the reign of the Guangxu emperor (1875-1908), the silk garment was trimmed with floral patterns. Big Luck’s name was engraved in the lining.

Royal dogs of that period lived a life of elegance. They slept on silk pillows, walked on marble floors, and were cared for by eunuchs who were employed by the Dog Raising Office.

The canines received a lot of attention, especially by the court ladies, who played with them, took them for walks, and dressed them in luxurious fashions. The pets’ names were a “must” for the lining of each piece of clothing.

The dog days of fashion were coming to a halt just as Big Luck was getting accustomed to the posh lifestyle. In 1911, the last emperor of China, a boy named Puyi, was forced to give up his throne. That was the end of royalty — both human and canine.

However, the canine legacy lives on today, as many of the world’s best loved lapdogs originate from China, including Pekingese and pugs.

Look for Sunny and Bo Obama at Sunday’s Puppy Bowl 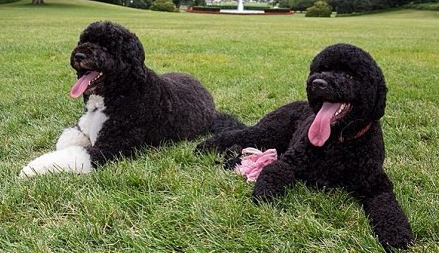 Michelle Obama arranged for the two White House dogs to coach a "training camp" for ... 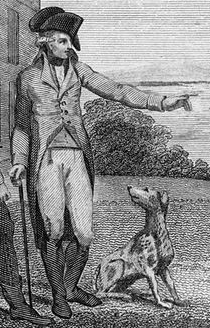 Although George Washington is best known for his hunting dogs, he had many types of ...