Lyndon B. Johnson, who became our 36th president after John F. Kennedy was assassinated, was a tried-and-true dog lover.

Although his most famous dogs were his often-photographed beagles, Him and Her, President Johnson also had several other dogs during his administration. One of his favorites was a white collie named Blanco.

Blanco, which means “white” in Spanish, was born on July 19, 1963, with the registered name of Leader Blair Jamie of Edlen.

The puppy was given to President and Mrs. Johnson as a holiday gift from a 9-year-old girl from Illinois named Lois Nelson.

The president accepted the gift, but he announced that Blanco was symbolic of all the dogs that had been offered to him, and that he would not be accepting any other dogs.

LBJ reportedly enjoyed shaking hands with Blanco when he returned to the White House, but Blanco tended to be nervous and was prone to biting other dogs. Blanco bit Him the beagle as well as another beagle named Edgar. That wound required stitches.

Blanco further distinguished himself by peeing on a sculpture by Alexander Calder that was on loan to the White House from the Museum of Modern Art in New York.

The president was loyal to the collie, however, and had a photo of himself standing next to Blanco and Him made into a White House Christmas card. Each card was signed with Johnson’s signature as well as the paw prints of the two dogs.

Before leaving the White House, the Johnsons gave Blanco to a Kentucky doctor and his wife. Blanco died at age 11 in September 1974 of an apparent heart attack. 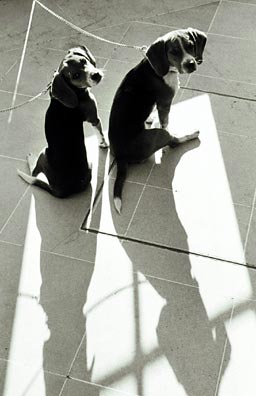 President Lyndon Johnson had two beagles, Him and Her. LBJ caused a storm of protest ... 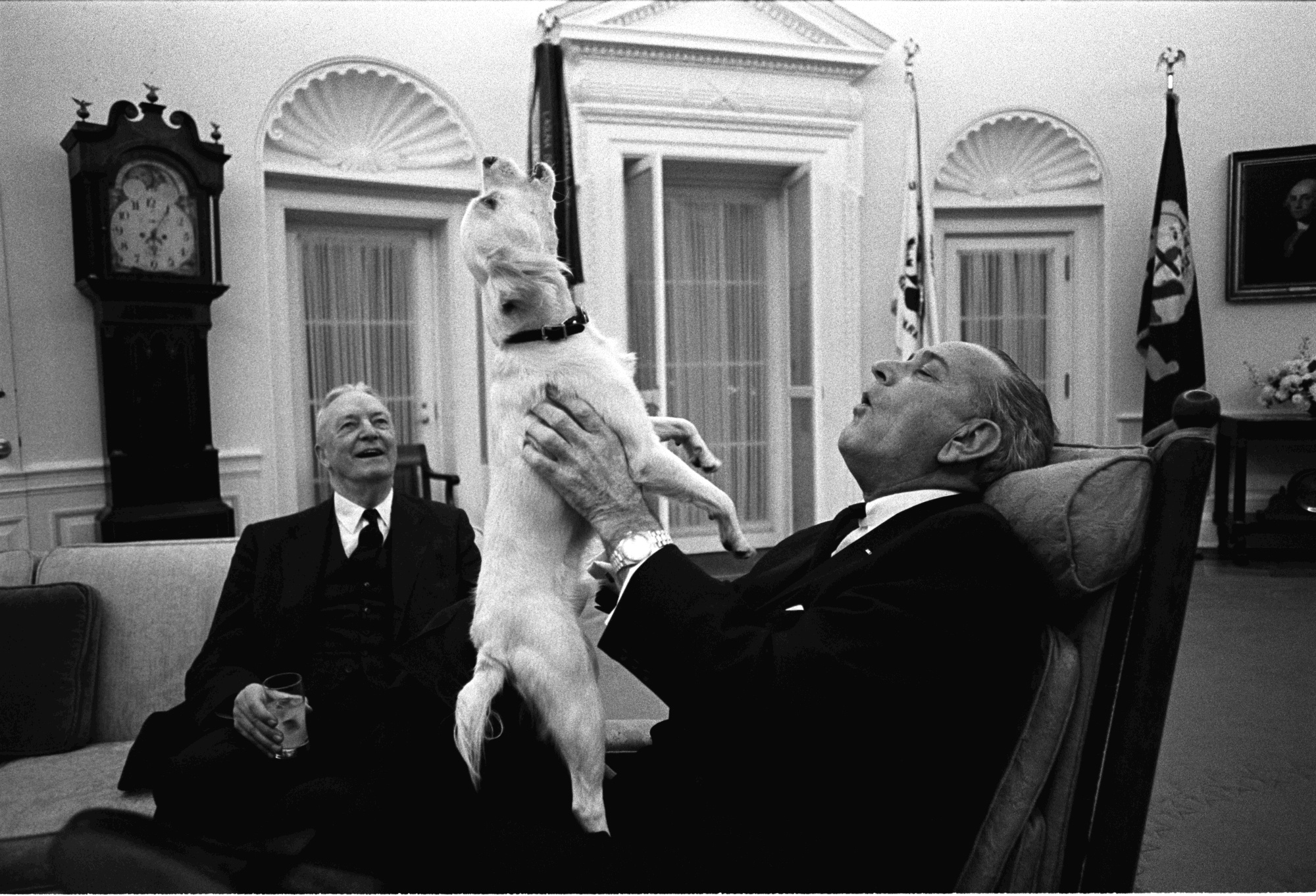 Yuki, a mixed-breed dog, was found at a gas station by President Johnson's daughter Luci. ...