LBJ loved dogs — and by all accounts, they loved him.

After Lyndon B. Johnson moved into the White House in December 1963, he had the White House doghouse redesigned and enlarged to the point that the press corps dubbed it “a palace.”

Largely thanks to photographs in Life magazine in 1964 — including a colorful cover portrait and an unfortunate ear-pulling one inside — Johnson’s beagles, Him and Her, became national celebrities.

Hundreds of phone calls, telegrams, and letters came in from angry dog lovers. “If someone picked you up by the ears, you’d yelp, too,” an ASPCA spokesman said.

Although he was amazed at how big the controversy became, LBJ eventually issued a public apology. The often outspoken president however, made this aside to reporters after his apology: “I’ve been pulling Him’s ears since he was a pup, and he seemed to like it.”

The 1964 Life article pointed out that the dogs were treated very well: “Whether or not they approve of the President’s way of demonstrating his affection, [the dogs] probably wouldn’t swap places with any other dogs in the world. Not many dogs have been privileged to shoo birds off the White House lawn, get underfoot at a Cabinet meeting, or mingle with dignitaries at a state ball.”

Him and Her were indeed frequent sights in the LBJ White House, whether they were riding along in the president’s car, snoozing in the Oval Office, or swimming in the White House pool.

Johnson included the pair in his visits with heads of states, even though Him once peed in a chair during a formal tea party.

Whatever Happened to LBJ’s Beagles?

Both dogs were born on June 27, 1963. Then–Vice President Johnson, who was apparently terrible at naming dogs, had a dog named Beagle that was the father of Him and Her.

Him was bred with another beagle in 1965, and two of that litter, Freckles and Kim, were given to the president’s daughter, Luci, to keep as pets. After her marriage, Luci took Kim with her to her new home, but Freckles remained at the White House.

Sadly, both Him and Her died at a young age. Her died after swallowing a stone in 1964, and Him was hit and killed by a car when he was chasing a squirrel across the White House property in 1966.

The beagles had two partners in crime at the White House, however: Blanco, a pure-white collie, and Yuki, a personable white mutt.

After Him and Her died, FBI chief J. Edgar Hoover gave Johnson another beagle, which the president named J. Edgar — later shortened to Edgar — in the giver’s honor.

“Any man who felt about dogs the way [Johnson] did would have won me over,” noted Traphes Bryant, author of Dog Days at the White House: The Outrageous Memoirs of the Presidential Kennel Keeper (affiliate link). 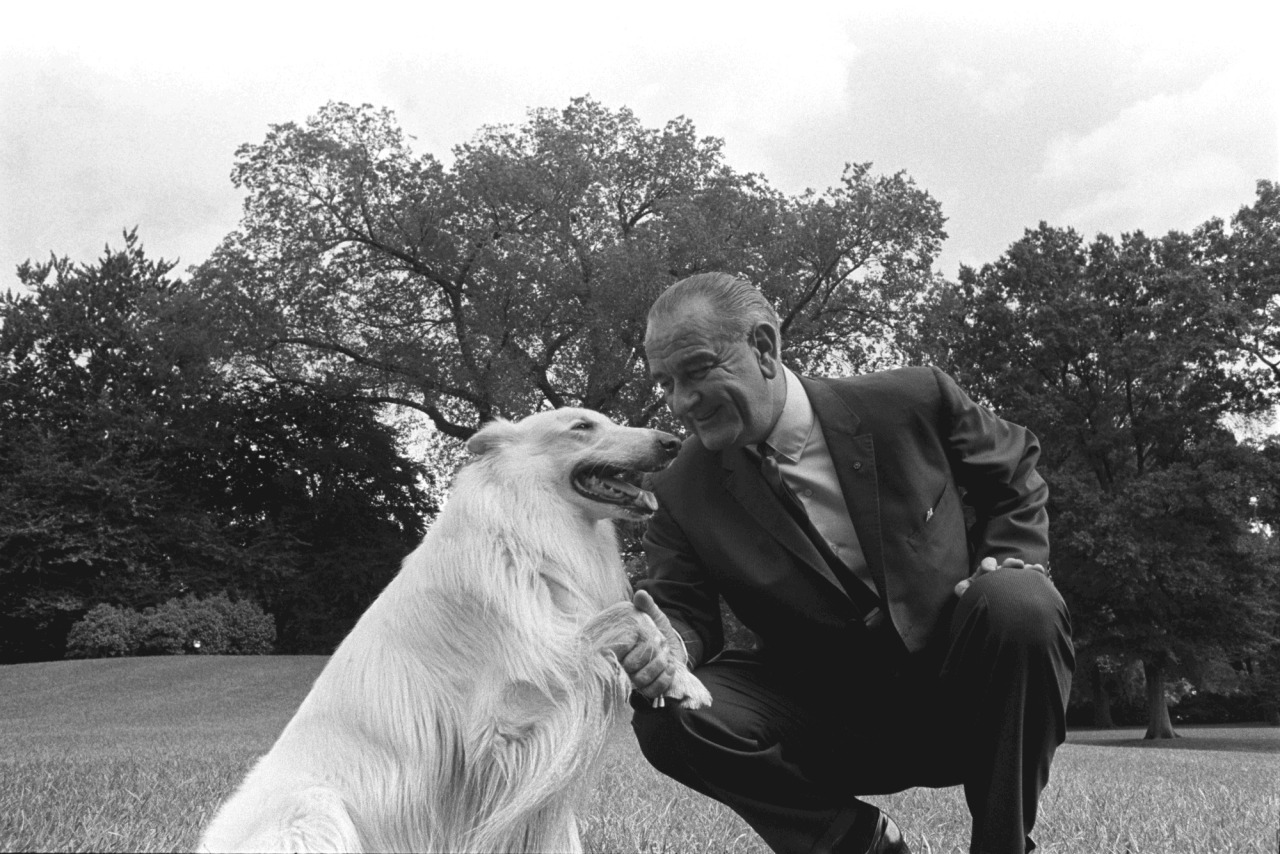