“When we moved to Washington from Little Rock, we brought our family traditions, favorite pictures, and personal mementos to make the White House feel more comfortable,” Hillary Clinton once wrote about her transition to becoming first lady.

“But it wasn’t until Socks arrived with his toy mouse and Buddy walked in with his rawhide bone that this house became a home. Pets have a way of doing that.”

Although President Bill Clinton grew up with dogs, he served his first term without a canine companion. In December 1997, however, he got a 3-month-old chocolate Labrador retriever puppy, and the two became fast friends.

When the puppy arrived at the White House, Clinton’s spokesman Mike McCurry told reporters that Clinton got the dog because “It’s the President’s desire to have one loyal friend in Washington.”

The president named his dog Buddy after his great-uncle Henry “Buddy” Grisham, who had recently died and whom Clinton often described as having a major influence on his life.

Although Buddy the dog became well-known for his feud with Socks — the Clinton family’s feisty cat — Buddy, true to his breed, was gregarious and playful. He accompanied the president in the Oval Office, on walks on the White House grounds, and on trips to Camp David.

Buddy’s Time in the Spotlight

Buddy became a bit of a ham for the camera, and fan clubs and websites sprang up in his honor.

In her book Dear Socks, Dear Buddy: Kids’ Letters to the First Pets, Hillary Clinton reminded children about the importance of letter writing with a look at all the White House mail Buddy and Sock received. She explained how the letters were sorted, read and answered at U.S. Soldiers’ and Airmen’s Home.

She donated all proceeds from sales of the book, which included excerpts from 50 letters and about 80 photographs, to the National Park Foundation.

After President Clinton’s second term, Buddy moved to the family’s home near Chappaqua, N.Y., where he became a familiar sight tugging on his leash or chasing a tennis ball thrown by Clinton. Sadly, the dog died on January 2, 2002 after playfully chasing a contractor into the street outside his home and being hit by a passing car.

“We are deeply saddened by Buddy’s death,” the Clintons said in a statement after the accident. “He was a loyal companion and brought us much joy. He will truly be missed.”

The former president got another chocolate Lab, Seamus, in 2002. 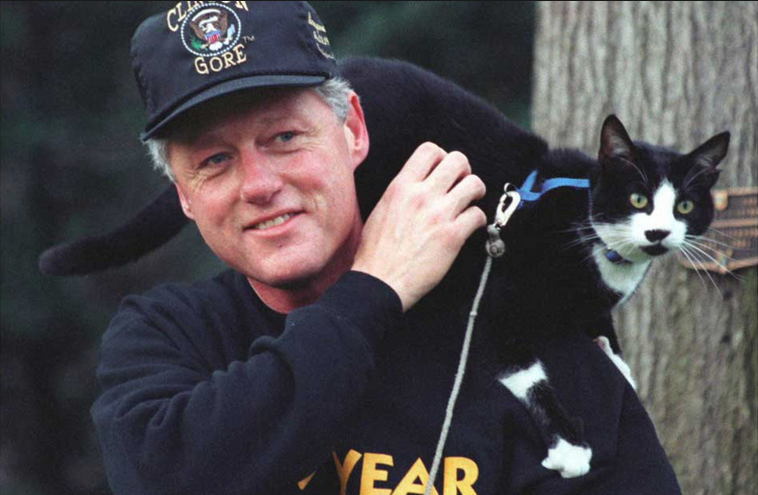 Soon after the Clinton family adopted Socks, the personable cat with cute black spot beside ... 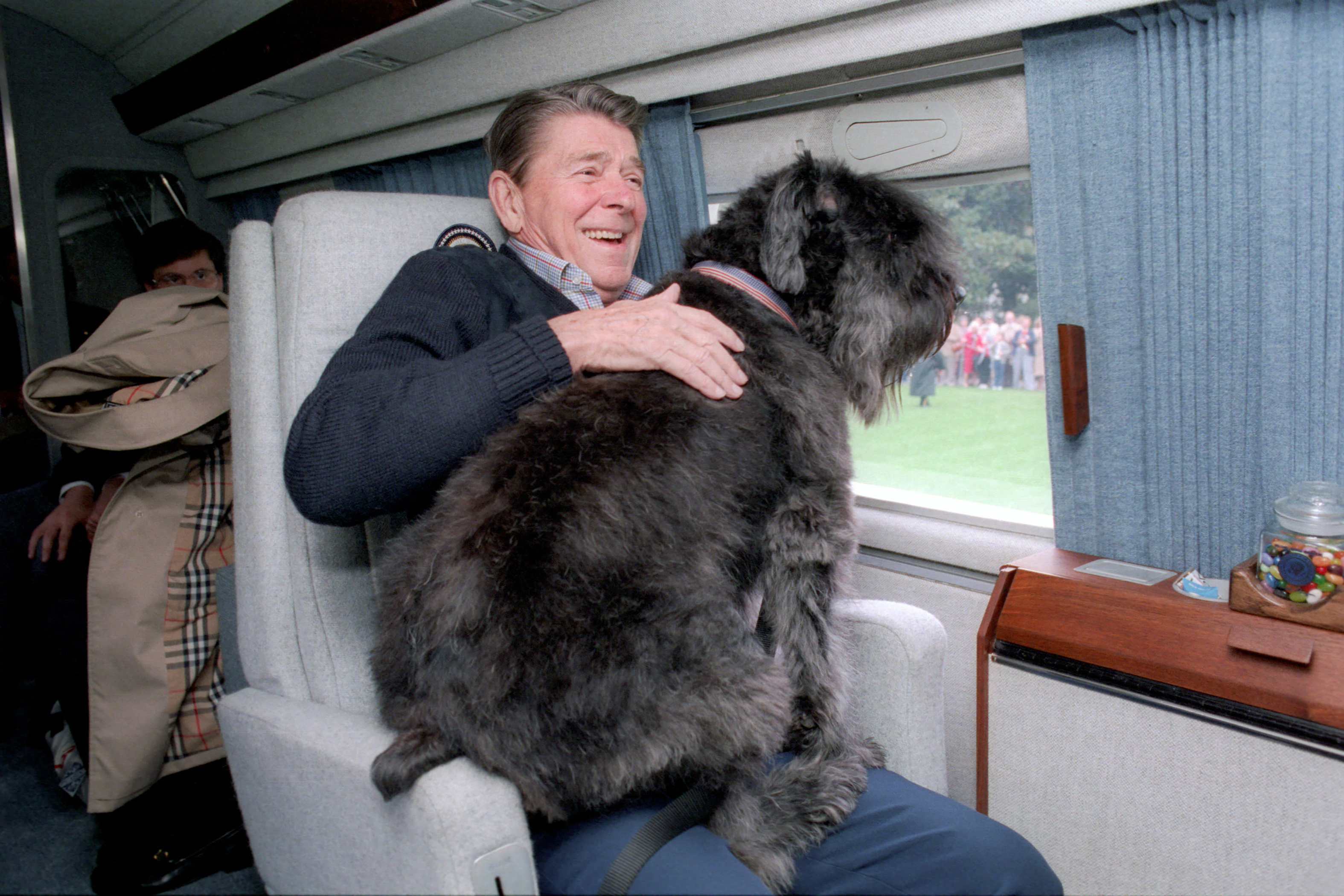 Lucky the Bouvier des Flandres loved to chase newsmen, play hide-and-seek and have a two-hour ...