Tom Kitten, sometimes called “Tom Terrific” — when he wasn’t making the president sneeze — belonged to President Kennedy’s daughter, Caroline Kennedy. What makes Tom interesting is that he was rarely actually at the White House.

JFK, despite his many pets, had allergies and it seems that Tom’s presence was enough to elicit sneezing, watery eyes, and even swelling in the president.

Therefore, just a few short weeks after Tom arrived at the White House, the president had him go live with White House staffer Mary Gallagher. Gallagher had two sons around Caroline’s age, and she often arranged for Caroline to come over to play — with the boys and the cat.

When President Kennedy was away, Gallagher would occasionally bring Tom Kitten to work with her so Caroline could see him. This did allow for Tom to spend some time in the White House.

A Gift From the Grandparents

Tom was gray with yellow eyes, and although he was termed to be “of the alley variety” by Press Secretary Pierre Salinger, Tom remained well-behaved as reporters snapped photos and got close during his introduction to the press.

Although we’re not able to trace his lineage (the Associated Press said he was of “dubious background”), Tom Kitten did come to the First Family by way of Hugh D. Auchincloss and his wife, Jacqueline Kennedy’s mother.

An interesting fact about Tom: He was the first Kennedy pet to arrive at the White House, in January 1961. Although the Kennedys eventually had many pets, at the time they only had their Welsh terrier, Charlie.

Unfortunately, Tom died at a very young age on Aug. 21, 1962 — only about a year and a half after he first captured America’s attention. We have been unable to learn the cause of death.

Tom Kitten’s obituary in a local newspaper said, in part:

Unlike many humans in the same position, he never wrote his memoirs of his days in the White House, and never discussed them for quotation, though he was privy to many official secrets.”

Even all these years later, Tom Kitten’s memory lives on.

In 1996, a single original print photograph of Tom Kitten sold at auction for $14,950 — an astounding sum that even those of us here at the Presidential Pet Museum cannot fathom.

Later, in 2005, a ring binder of nine black-and-white photographs of the cat also sold at auction, this time for $7,200 for all nine photos, which we suppose is a great bargain by comparison.

These prices were attainable because the Kennedys “touched our lives in a profound way,” said Diana D. Brooks, president of Sotheby’s. 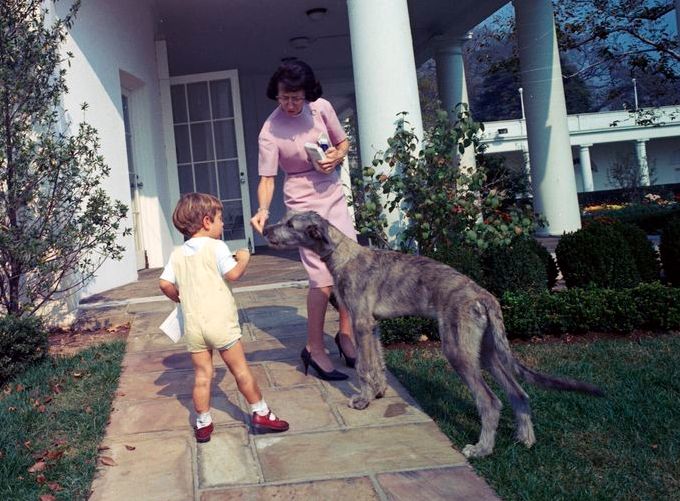 When Wolf first arrived at the White House, the large dog had some trouble getting ... 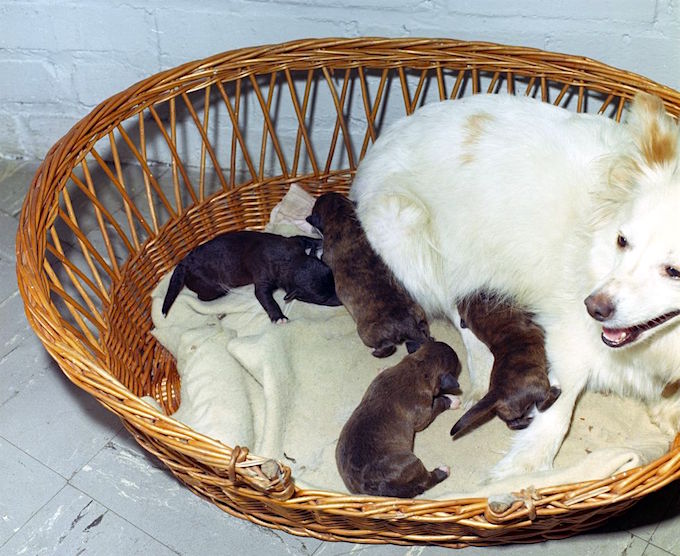 Two of the Kennedy family's dogs had a litter of four puppies together in June ...