Fala, a Scottish terrier, was given to the president by Mrs. Augustus G. Kellog of Westport, Connecticut through Franklin Roosevelt’s cousin, Margaret “Daisy” Suckley. At first his name was Big Boy. Franklin renamed him Murray the Outlaw of Falahill, after a Scottish ancestor.

Fala had a bone every morning brought up on the president’s breakfast tray. Fala got a full dinner every night. During the day, Fala would beg for food from the White House staff. He was so cute that he was fed all the time and became sick. The staff was asked not to feed him extra food. At night, he slept in a special chair at the foot of the president’s bed. Fala traveled with the president on long and short trips by train, car, or boat.

He , of course, met many famous visitors and entertained them with his tricks. He could even curl his lip into a smile for them.

Here are some trips and people that he met:

In April 1945, President Roosevelt died in Warm Springs, Georgia. Fala attended the funeral. He went to live with Mrs. Roosevelt at Val-Kill. He never really adjusted to the loss of Roosevelt. Even so, Val-Kill was in the country. It was a great place to run, play, chase squirrels, and even cats sometimes. Mrs. Roosevelt brought his grandson, Tamas McFala to live at Val-Kill, too, and be Fala’s playmate. Sometimes they would run off together and get into trouble. They came home hours later covered with burrs and mud. By the end of such a busy day, he was an exhausted dog. Sometimes he slept on his back with his feet in the air.

He was so popular that he received thousands of letters from people. He even needed to have a secretary appointed to him to answer his mail. One letter dated August 5, 1947, was from a poodle named Abigail. Fala chased a skunk once, which was very unpleasant for everyone. The poodle scolded Fala for not acting with more intelligence and dignity. Abigail hoped that Fala would never, ever let that unfortunate incident be repeated.

In 1942, a movie was made about Fala and his life in Hyde Park. Children and other visitors who come to the Roosevelt Museum and Library in Hyde Park, New York still enjoy watching it today.

Fala is probably the only president pet to be memorialized in statuary. A statue of Fala stands next to one of FDR at the Franklin Delano Roosevelt Memorial in Washington D.C.

Some books with references to Fala include: 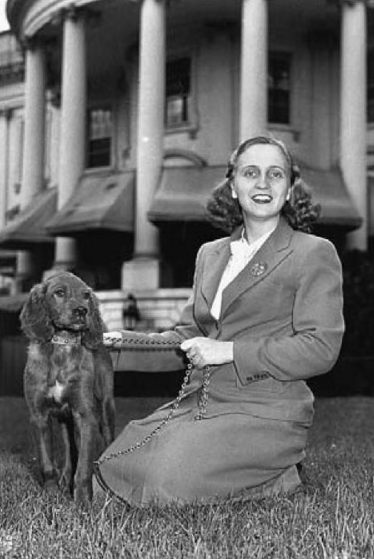 Although President Harry S. Truman and family preferred to be pet-free, in May 1945 Margaret ... 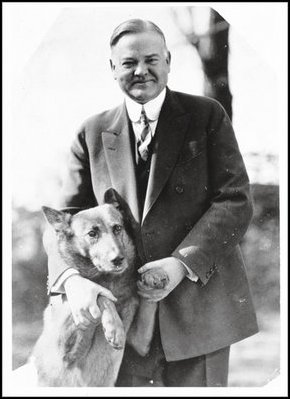 Being a White House pet proved to be too much stress for King Tut — ...