Although Fala, FDR’s famous Scottish terrier, charmed the public with his winning personality, our 32nd president had some other dogs that were not quite as open to all the attention that comes with being a First Dog.

Major, President Roosevelt’s German shepherd (here’s a great photo), was known to chase White House maids to the point that they had to use their brooms and dust mops to keep him at bay.

Major also took exception to the people who gathered around the White House property, hoping for a look at the First Family. Once, he nipped the hand of someone who stuck his hand through the fence in an effort to pet the dog.

On an official state visit to the White House in 1933 — the first such event of Roosevelt’s presidency — MacDonald must have done something to arouse Major’s protective instincts toward his famous human. According to Stanley Coren in his book The Pawprints of Human History: Dogs in the Course of Human Events, Major nearly ripped the seat off MacDonald’s pants.

In what must have been an embarrassing situation for the president and his staff, Coren notes that a replacement pair of pants had to be found before the Prime Minter could modestly leave the White House.

White House reporters did not miss the irony of a dog of German descent attacking the leader of Great Britain at a time when tensions between England and Germany were running high. As a result, Major was sent to live in the Roosevelt’s Hyde Park, New York, home.

More About This Presidential Pet

Major was a former police dog that had been donated by the New York State Police when FDR was a governor.

Major — as well as the Roosevelts’ other dog at the time, Meggie — rode along with First Lady Eleanor Roosevelt on a six-hour car trip to the White House after FDR was first elected.

“Someone will have to take the dogs and the car to Washington,” Mrs. Roosevelt said, “and I shall enjoy doing it myself. I love to drive.” 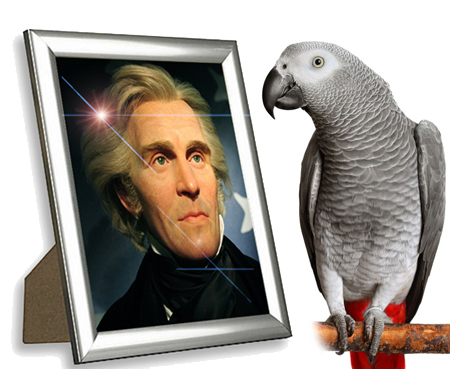 A crowd of people gathered for the former president's funeral were "horrified and awed" when ...