“Yankee Doodle went to London riding on a pony; stuck a feather in his hat and called it Macaroni.”

Macaroni the pony has been one of the best known four-legged creatures to live in the White House.

A gift to John F. Kennedy’s daughter, Caroline, from President Lyndon B. Johnson, Macaroni became quite a celebrity, appearing with the young girl on the cover of Life magazine and getting thousands of his own fan letters.

A photo of Caroline with Macaroni from that magazine inspired the well-loved song “Sweet Caroline” by Neil Diamond.

The singer-songwriter kept the story to himself for years, but he got the chance to tell Caroline Kennedy Schlossberg his secret when he performed the song via satellite for her 50th birthday party in 2007.

Diamond told the Associated Press that he was a “young, broke songwriter” when the photo caught his eye.

“It was a picture of a little girl dressed to the nines in her riding gear, next to her pony. It was such an innocent, wonderful picture; I immediately felt there was a song in there.”

Macaroni was usually stabled in Virginia, at the Kennedys’ country home, but was frequently brought in on a horse trailer and freely roamed the White House grounds. Tourists would often spot Caroline and her friends taking turns going for rides. If there was snow on the ground, a sleigh might be attached to Macaroni.

The brown and white pony had a stylish and impressive wardrobe. For example, King Hassan II of Morocco presented a Moroccan saddle as a gift for Caroline during his state visit in March 1963.

Born in New York while her father was serving as a senator from Massachusetts, Caroline was 3 when John F. Kennedy became president. The little girl’s first horseback ride was on Macaroni, described by the JFK Library as a “10-year-old gelding, part Shetland, roan with four white stockings and star.”

A Fondness for Flowers

The gentle Macaroni apparently made himself known to visiting dignitaries.

In 1962, while Caroline’s mother, Jackie Kennedy, was giving a tour of the grounds to the Empress of Iran, the pony nuzzled Queen Farah in an apparent attempt to eat the daffodils she was carrying right out of her hand. “He’s going to eat you, your majesty,” Jackie Kennedy reportedly joked.

In 1964, Caroline fell off the pony and broke her wrist. The injury wasn’t discovered until her mom noticed a lump and doctors took X-rays.

Caroline had another pony, Tex. She also had a famous dog named Pushinka, given to her by the head of the Soviet Union, Nikita Khrushchev. 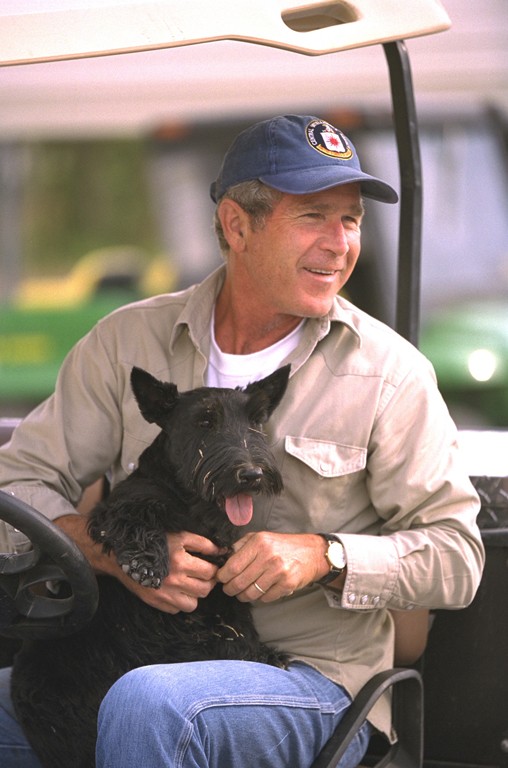 Barney, a Scottish terrier, guarded the White House "as if he were a Secret Service ...