Although he ran for office in 1916 on a pledge to not get America into World War I, Woodrow Wilson found it impossible to keep his nation neutral in the growing conflict in Europe.

One of the unique ways our 28th president showed support for the war effort was with a herd of White House sheep, led by an ornery Shropshire ram named Old Ike.

And how did a bunch of sheep help the war, you may ask?

Although many other presidents had kept farm animals on White House grounds, Wilson was the first to use them to help the country’s finances.

Photos and even a film clip exist of the herd — which numbered as many as 48 at one time, according to the White House Historical Association — contentedly grazing in front of the mansion. At auction in 1919, their combined fleece earned $52,823 for the Red Cross, a huge sum at the time. The next year, 185 pounds of wool was donated to the Salvation Army.

As the nation went through wartime rationing, the Wilsons also discontinued entertaining at the White House, and the First Lady, Edith Wilson, instituted no-meat days, no-heat days, and no-gas days.

Old Ike — Not Known as Gentle or Kind

Let’s clear one thing up. Old Ike the ram was not very nice. In fact, he had a reputation for being quite mean.

According to a newspaper account in 1920, the purebred ram was “forceful and strategic,” charging White House staff and police from all directions.

Eventually, President Wilson banished Old Ike from the White House, sending him to Maryland. The rest of the herd was disbanded as well — they had all been part of the presidential scene for just two years.

Old Ike had a penchant during his White House days for chewing tobacco — actually, cigars. He would chew discarded cigar butts whenever he could find them.

According to an obituary in the Spartanburg (S.C.) Herald, in 1927, as the old ram neared death, his caretaker gave him one final chew of tobacco, “and he dropped off peacefully munching it.” The newspaper added that his death was simply old age.

Faithful was a Newfoundland that belonged to Ulysses S. Grant’s youngest son, Jesse, when his ... 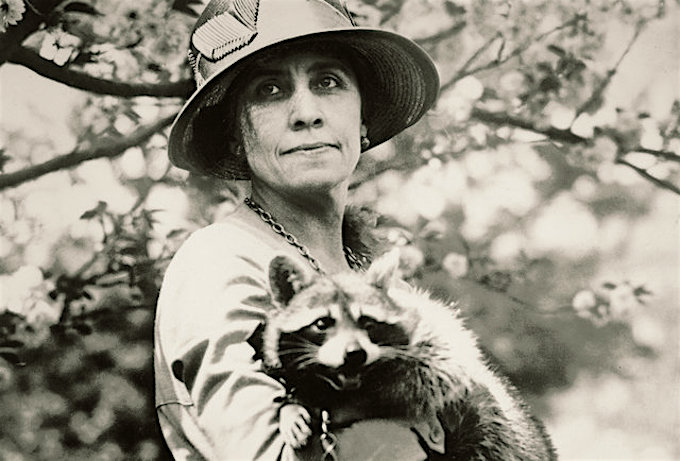 President Coolidge had a pet raccoon that enjoyed playing in the bathtub and taking photos ...